Every smoker knows the risks they face when they inhale cigarette smoke. Non-smokers are far less likely than smokers to die from cancer. The tobacco industry has considerable political influence throughout the world.

If all the UK’s smokers quit cigarettes, the government will lose over £12 billion in annual tobacco duty. The government also raise billions annually from alcohol which is similarly harmful.

There has been some negative press surrounding electronic cigarettes and vaporizers. It seems bizarre to us that 130,000 people hurt themselves at work each year, and less than 200 die, but the Governments response is extensive health and safety legislation and the costly requirement of the creation of a risk assessment for every task required to complete a job, but 100,000 people die a year from smoking in the UK and the response is to make them stand outside to do it.

If all smokers quit tomorrow, the government would need to find £12.1 billion a year from somewhere else. If the government earns enough money from harmful substances then it permits them.

As more people switch to e-cigarettes, tobacco duty revenues will fall, requiring the need for duty on e-liquid. Once vaporizers are regulated, the large manufacturers will dominate the market place. Lost tobacco duty needs to be found from somewhere so it seems only logical that e-cigarettes will be regulated and taxed.

If electronic cigarettes are regulated it will be done to enable the taxation of their use, under the guise of health protection.

The smoking cessation and the tobacco industries are both going to be affected financially by the continual increase in e-cigarette usage. Nicotine patches and gum can’t provide the same satisfying hit of nicotine that an e-cigarette or vaporizer can.

When the government is in such desperate need of the duty raised by cigarettes, the health of the public may well remain a secondary consideration. One problem for the government is that it is quite easy to make your own e-liquid, so if people want to they can avoid having to pay any duty imposed on e-juice. Regulated manufacturers of e-liquid will no doubt do all they can to warn us of the dangers of making our own e-liquid. 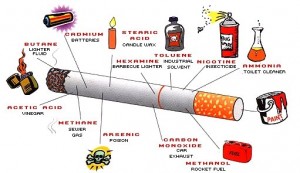 During the heyday of cigarette smuggling most cigarettes were duty free “real” cigarettes rather than faked copies. Calling them fake allowed horror stories to be spread. It is highly unlikely that e-cigarettes and vaporizers will escape regulation completely. The important thing for the government is to find a way to effective tax e-liquid.

Governments need to be able to tax e-liquid because otherwise they will lose too much tax revenue. If the devices can’t be taxed then they will be banned instead. In the not too distant future electronic smoking devices will be regulated to one extent or another.

Regulation is necessary because e-cigarettes have the potential to significantly reduce the tobacco tax revenue the Government receives annually.

The regulation of electric smoking devices and the e-liquid that they use will have to happen at some point in time in the not to distant future.