General practice lawyers who deal with multiple areas of criminal law often aren’t fully familiar with the ideal legal arguments that can be used successfully to protect your licence if you have been accused of any of the driving offences below;

Failure to name the driver

If you receive a section 172 driver information request, you must complete it and return it.

The penalty for not providing the information is six points.

Reasonable diligence needs to be shown to have been carried out to discover the drivers identity, or, you need to establish that you didn’t receive the Section 172 information request.

The circumstances or your reasons for driving without valid motor insurance are not taken into account when you are stopped on the road, and you are presumed guilty of the offence. 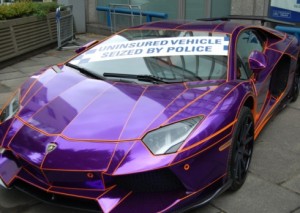 When found guilty, or if you plead guilty to driving with no car insurance then you will get 6 – 8 points.

Many drivers in this situation have unknowingly had their motoring policies cancelled without being notified.

The Special Reasons Argument can be used if you can show the court that you genuinely and honestly believe that you had valid insurance in place.

The penalty for speeding offences is 3 – 6 points, a discretionary driving ban if warranted by your offence, costs as well as a fine. 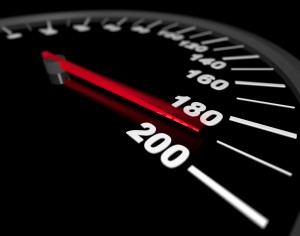 To back up your legal defence you will require expert evidence if you are going to defend your successfully defend your allegations.

Experienced motoring solicitors can prepare the expert testimony you will need, so it is best practice to seek expert advice as soon as you can, especially if you have a totting up penalty points issue too.

If you receive 12 points on your licence, you should have your driving licence removed, but with an exceptional hardship argument, you can very often continue to drive with 12 or more points. Ask expert motor lawyers who are familiar with this defence to prepare one for you and you will stand the best chance of avoiding a totting up ban.

35mg is the maximum permitted alcohol breath reading for drinking & driving in the UK. If convicted, you face a mandatory minimum driving licence disqualification of one year.

It’s also possible to avoid a licence ban if you can show you unwittingly consumed alcohol that took you above the limit, you drove a very short distance or you had to drive for an actual life threatening emergency situation.

In order to be convicted for being drunk in charge of a vehicle, the prosecution are required to demonstrate that you were in fact over the legal UK drinking and driving limit and that you were the person in charge of the car at the time. 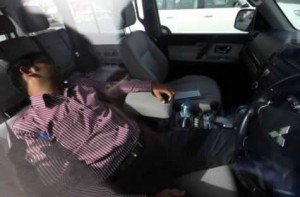 A frequently used viable defence for drunk in charge of a vehicle is to prove to the court that you didn’t intend to drive and were not planning to do so until you were below the drink drive limit again.

You face either ten penalty points on your licence and even a possible driving ban if you are found guilty of being drunk in charge of a vehicle.

Caught Driving with a Mobile Phone 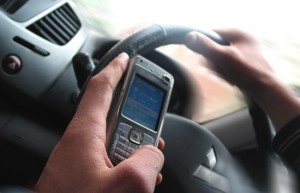 This is often viewed differently by different Magistrates.

You are still driving even when stationary at junctions or in a temporary hold up.

Without Due Care Road Traffic Offences

The standard of your driving must be proved beyond any reasonable doubt by the prosecution to have fallen below the standard of a careful & competent driver in order to convict you of without due care. 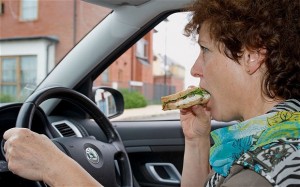 Without due care covers driving offences from car park knocks to offences such as undertaking on a motorway.

Instead of prosecution, and depending on your circumstances, the police may well offer you a Driver Improvement Course.

S 170 Road Traffic Act 1988 states that following an accident, if there is damage to either a vehicle, person or property then you are under a legal obligation to stop and provide your details. 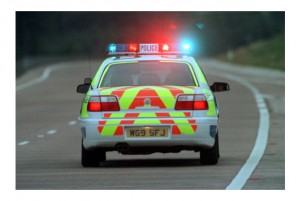 Where it’s not possible to exchange details with the other party, you must report the matter to the police as soon as you are reasonably able to do so and at least, within 24 hours.

To defend this successfully, you need to convince the Court that it would be reasonable for you not to be aware that you had caused damage and been involved in an accident.

Because these are both considered to be quite serious road traffic offences, you can be sentenced to community service or even receive a custodial sentence.

Dangerous driving convictions require the prosecution to show that the standard of your driving fell far below the standard required. In addition, it should be plain to a competent driver that your driving was(at the time) dangerous. 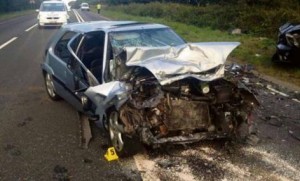 Dangerous driving is a serious offence and as such, carries a minimum one year driving licence disqualification, an extended re-test before you can have your licence back and possibly custody.

There is frequently confusion surrounding this offence.

Driving without having clearly visible L plates, or driving without ever passing a driving test are two examples of endorsable offences of this type.

If the Driver and Vehicle Licencing Agency asked you to return your licence to them and they suspend your driving entitlement, the offence is non-endorsable.

It’s a misnomer that in the case of ‘no licence’ offences, your car insurance will automatically be invalid. This is not true.

An expert motoring law expert will be able to advise you on the details of this driving offence. Magistrates Courts very often misunderstand this motoring offence and whether it carries points or not.